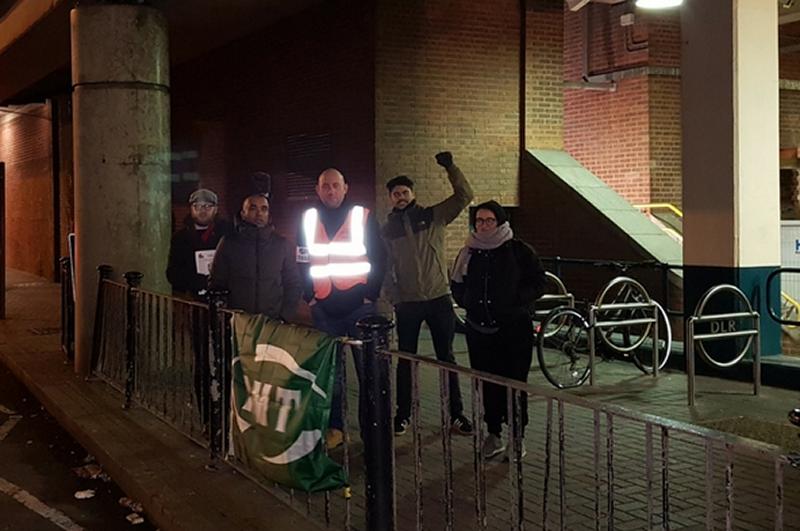 RMT cleaners, security staff and travel safe officers on Docklands Light Railway are standing rock solid this morning as they kick off the latest 48 hour phase of strike action over a comprehensive breakdown in industrial relations after talks failed this week due to the intransigent attitude of the management.

The workers are employed by contractor ISS on the KAD contract.

RMT General Secretary Mick Cash said:
“We are supporting our members’ further strike action in a bid to force management to honour agreements, pay staff their contractual hours and give their staff proper respect and dignity at work.

“RMT Reps have continually chased management to settle the dispute but the company are blatantly ignoring the union’s concerns. The fact that the company were prepared to kick back in our faces genuine attempts by the union to resolve the dispute in talks over the past week speaks volumes.

“Our members are standing rock solid, united and determined on the picket lines this morning. The union remains available for meaningful talks.”