Strike action to go ahead next week on South Western Railway 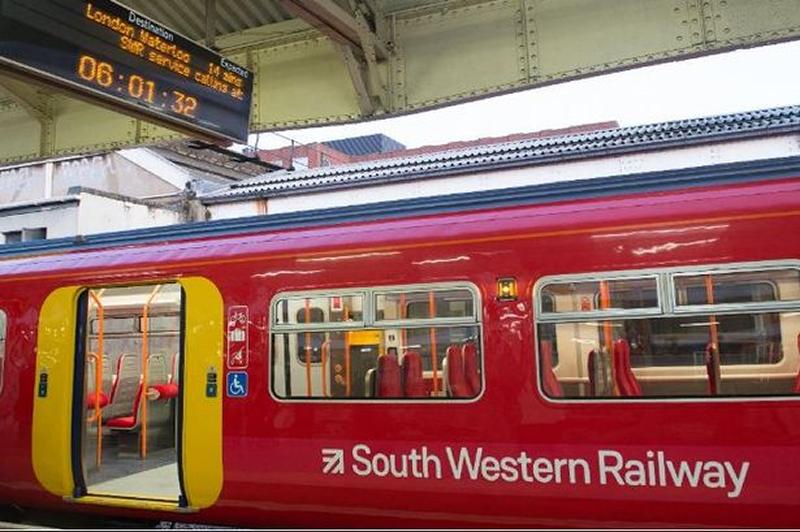 RAIL UNION RMT today confirmed further strike action will go ahead exactly as planned next week in the dispute over rail safety and the axing of guards on South Western Railway.

The confirmation comes as the union has struck the latest in a series of agreements on Greater Anglia that underpin the guard guarantee on their trains following a long-running dispute. The Greater Anglia agreement is the latest in a line of settlements, including negotiated arrangements in both Wales and Scotland, that halt the rolling out of Driver Only Operation.

As a result of the SWR failure to come forward with proposals that guarantee the guard on their services RMT members will strike as follows by not booking on for any shifts between;

“RMT is making a very simple request of South Western Railway that they take note of what is going on elsewhere in the rail industry and come forward with serious proposals that give a cast iron guarantee of guards on their services and a halt to the rolling out of Driver Only Operation.

“It is RMT’s firm belief that a deal can be done and an agreement reached like we have with other train operating companies but that requires a responsible and serious attitude from SWR towards this dispute which is all about safe and accessible railways for all underpinned by the guard guarantee we have successfully negotuated in Wales, Scotland and other parts of England.

"It is the company failure to get serious that has left us with no option other than to put on these eight days of action through into September.

“RMT remains committed to the principle of genuine and meaningful talks in this dispute.”