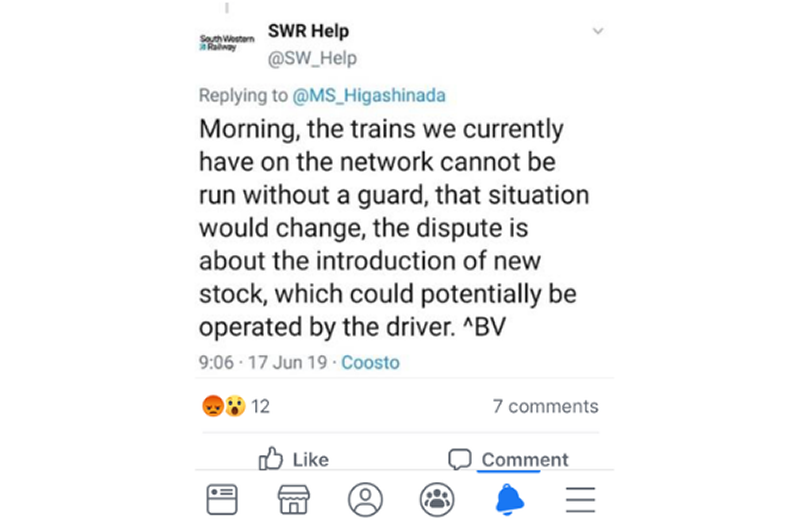 As strike action by RMT enters the second of its five days on South Western Railway this morning the union has seized on a tweet issued by the company which confirms the worst fears of members about secret plans to undermine and downgrade the current safety critical role of the guard on their trains. 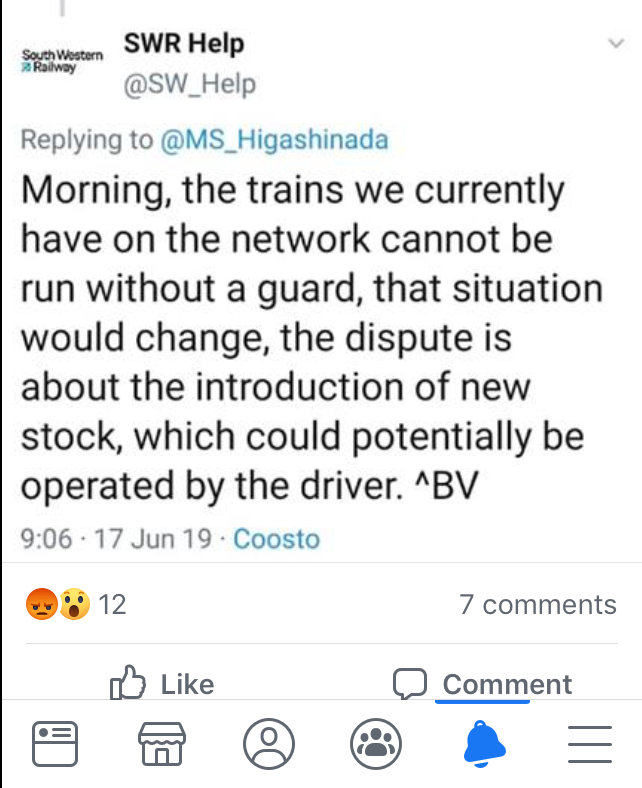 The official tweet from @SW_Help says:
“Morning, the trains we currently have on the network cannot be run without a guard, that situation would change, the dispute is about the introduction of new stock, which could potentially be operated by the driver.”

“As our members stand firm again this morning for a safe and accessible railway for all whoever runs the SWR twitter feed has let the cat out of the bag.

“Their plans are clear – they want driver operation on the new fleet and they don’t mind decimating and downgrading the role of the guard to get it. That is what the action this week is all about.

“It’s time for SWR to get serious and sit down with this union and reach a resolution which protects the safety-critical role of the guard in line with the warm words which enabled us to suspend action earlier this year.

“I want to pay tribute to the RMT members for their determination and resilience throughout this dispute and I also want to thank the public for their continuing support for our campaign to put safety and access on the railway before company profits.”