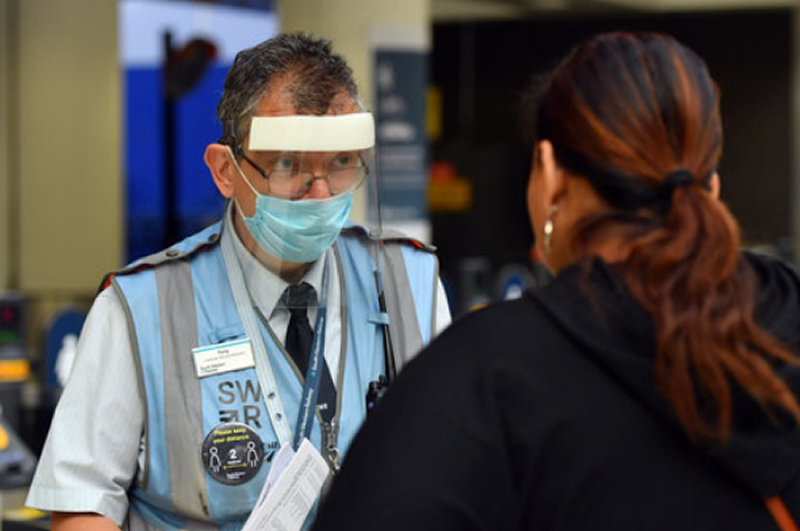 RMT calls on MPs to intervene.

RAIL UNION RMT has today demanded that the Government intervene and withdraw a massive job cuts scheme proposed by the rail industry as it is revealed taxpayer will be funding the redundancy payments.

The union has also said in a briefing to MPs (see below “Rebuilding passenger confidence through staffing”) that the proposals run contrary to the views of the Government’s own passenger watchdog, Transport Focus whose research says passengers want more, not less, staff on the railways to assist rail recovery from the pandemic.

The scheme, announced yesterday by industry body the Rail Delivery Group, is likely to lead to thousands of job losses across the rail network, and RMT also fears these cuts will be used to justify widespread, station de-staffing, ticket office closures and the withdrawal of catering rail catering services in the future.

The rail industry is seeking to justify the plans based on assumptions of future passenger numbers. However, RMT believes that is far too soon to know what passenger levels will be in the future, and that cuts to staffing will only deter passengers from the rail network.

Rather than seeking to implement cuts to rail worker jobs, the Government and rail industry should be planning for the long-term recovery of the low carbon rail network. Attacks on rail worker jobs will push passengers away from the railway and into cars.

RMT is therefore demanding that the Government intervene as a matter of urgency and withdraw these ill-considered plans.

“It is scandalous that the government intend to use taxpayers’ money to fund thousands of rail redundancies when research by the Government’s own watchdog has proven that rail passengers want to see more, not less, staff to help rail recovery from the pandemic.

“It is therefore clear that the rail industry’s proposed job cuts have got nothing to do with passengers and are merely short-sighted austerity measures aimed at protecting the revenue and profits of the rail operators.

The industry’s claims that job cuts will reflect future passenger demand and will allow the railway to ‘become more customer focussed’ just don’t hold up.

“Rather than attacking jobs, which runs counter to what passengers want, the Government and rail industry should be planning for the long-term recovery of the sustainable rail network. That these plans come just weeks before COP26 suggests that the Government is not serious about reducing harmful transport carbon emissions.

“RMT is demanding that the Government listens to rail passengers and is calling for it to intervene as a matter of urgency and withdraw these damaging job cuts plans.

“We need to cut climate change, not public transport jobs.”