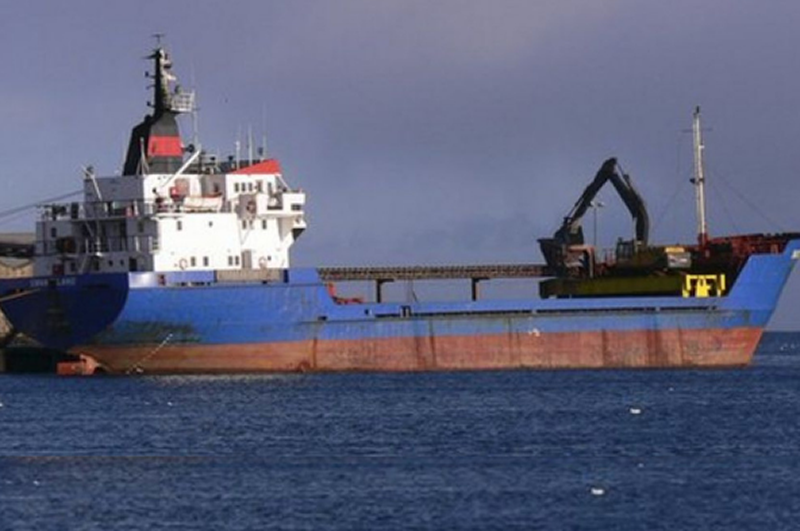 On the tenth anniversary of the MV Swanland tragedy RMT calls for stronger seafarer safety standards.

SEAFARERS’ UNION RMT today paid tribute to the memories of the six crew members who lost their lives when the 34-year old cargo ship MV Swanland sank off the North Wales coast on 27 November 2011.

“The tenth anniversary of the loss of the Swanland and the deaths of six Russian seafarers is a time to reflect on the causes of this tragedy, many of which remain significant features in the shipping industry. The Swanland was registered under the Cook Islands flag of convenience and this trend of flagging ships on registers with the lowest standards continues, as do seafarer deaths in the Irish Sea.

“The MAIB investigation into this tragedy found that it was caused by catastrophic structural failure but no one from the Cook Islands register, the ship management company, classification society or shipowner were ever held to account for allowing a sub-standard, 34-year old ship to sail between North Wales and the Isle of Wight, with fatal consequences for six crew members.

“The Swanland was a terrible example of the fact that seafarers work in the most dangerous link in the logistics supply chain. It also reminds us that today’s seafarers continue to be subjected to dangerous levels of fatigue and mental ill-health as a result of the crew change crisis triggered by the pandemic.

“We pay our respects to the victims of the Swanland tragedy and restate RMT’s commitment to securing the highest maritime safety standards for all seafarers working in UK and international waters.”

2. The MAIB found that the 34-year old ship had suffered a structural failure when carrying a cargo of limestone in rough seas 17 minutes after departing Llanddulass.

3. Multiple shortcomings were found by MAIB which contributed to this tragedy, including: “…non-compliance with the International Maritime Solid Bulk Cargo Code, insufficient loading information, a lack of effective safety management, poor quality of survey and audit, lack of oversight of the classification society by the Flag State and the financial pressures of operating this type of vessel in the current economic downturn. The investigation also identified several safety issues concerning the immersion suits and lifejackets available on board the vessel.”

4. Under regulations introduced in 2012 after the MV Swanland tragedy, MAIB investigation reports cannot be used in subsequent legal cases to determine liability for a maritime accident.

5. The subsequent inquest into the deaths of six seafarers on the MV Swanland returned a verdict of ‘death by misadventure.’

6. Three seafarers have lost their lives on Irish Sea routes operated by Seatruck since 2018. A seafarer was killed at work on the Cyprus-registered Clipper Pennant in July this year.

7. The coronavirus pandemic triggered a crisis in crew change overs across the world which, at its height ensnared over 400,000 seafarers. According to the industry’s Neptune Indicator 7.1% of seafarers around the world are working beyond the end of their contract. That is over 134,000 from a global seafarer workforce of 1.892m. Last month, the MCA in the UK detained the Cyprus flagged container ship Athens Glory in London Gateway due to several crew members working beyond the end of their contract of employment.