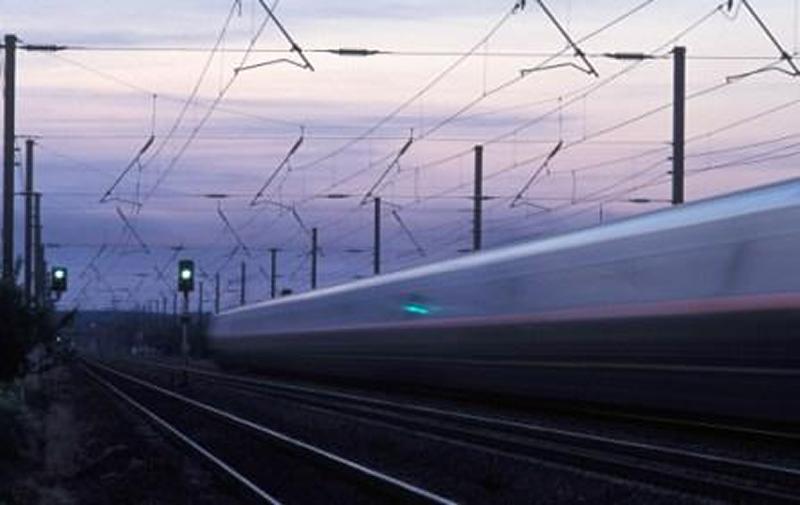 TRAINS ON the giant new Thameslink, Southern and Great Northern franchise have been stripped of logos, with some running in grey primer, as the French-state linked Govia consortium prepares to take over the lucrative London commuter routes from the 14th of September.

Rail union RMT is stepping up its campaigning work in advance of the transfer with a new range of publicity materials alerting the public to the fact that part of the new franchise agreement allows the operator to kick the guards off the trains, cut station staffing and make fundamental changes to current maintenance arrangements.

RMT is urging the public to protest over the cuts to staffing by writing to MP’s and the Department for Transport warning of the impact to services and safety on the already over-crowded trains and platforms.

The new franchise, which will carry 273 million passengers a year making it the biggest in Britain, is worth £8.9 billion with RMT warning that large sums will be siphoned off both in dividends to the private shareholders from Go-Ahead who make up part of the consortium and to subsidise fares in cities like Paris as the French state owns the rest.

“The plans for the transfer of the massive TSGN franchise to Govia Thameslink are now clearly well in place as the trains have been stripped of their logos awaiting yet another exercise in re-branding as the franchise lottery opens the door for another round of profiteering at the expense of the travelling public on the biggest rail franchise in Britain.

“Not only can we expect to see another huge escalation in fares but the new operator also has Government approval to axe guards and station staff in a move that would savage services and safety on routes that are already dangerously over-crowded.

“RMT is stepping up the fight to stop any cuts to jobs and services on the new franchise and to actually expand staffing and capacity to meet surging passenger demand on the London commuter routes. We will be taking our case to the passengers and calling for their assistance and support in a campaign of public and political opposition to any cuts that may be proposed.”