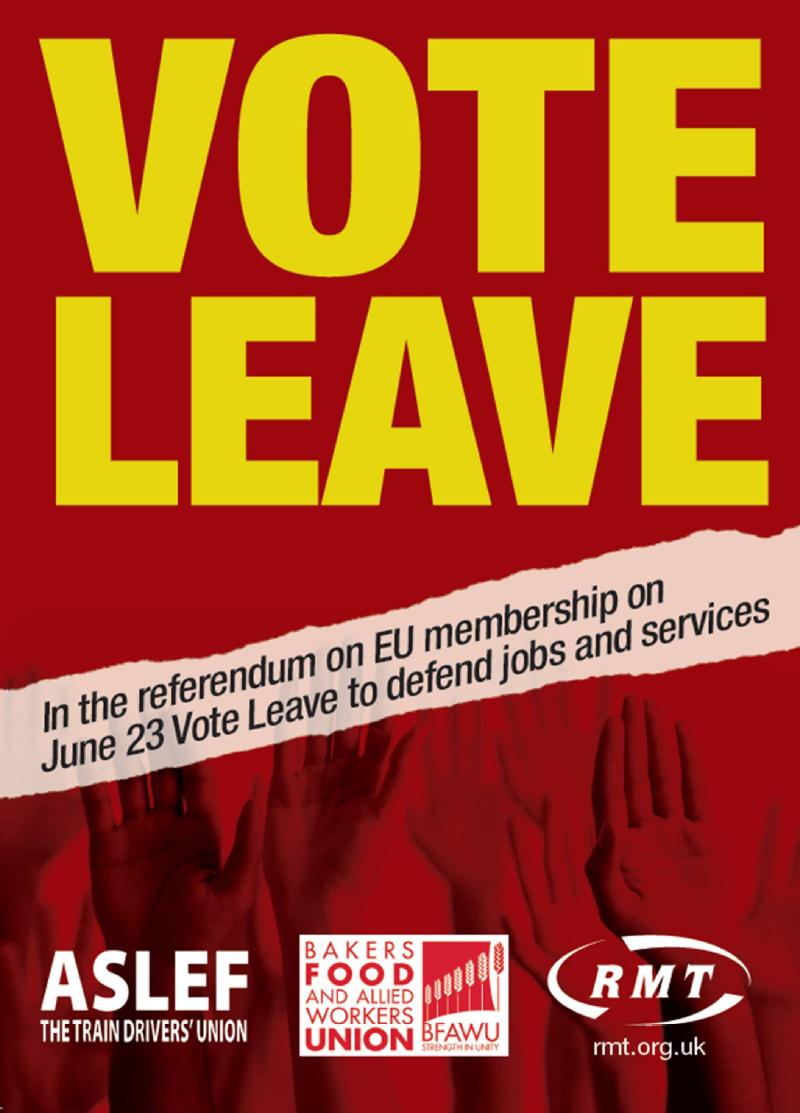 Trade Unionists from across the UK will protest around the country today leafleting passengers at railways stations to argue for a leave vote in the forthcoming EU referendum.

Transport workers will be joined by a range of trade unionists who will be arguing that it is a myth that the EU protects workers’ rights and instead that the EU is controlled by a corporate cabal that is pursuing an aggressive austerity and privatisation agenda.

The protestors will also argue millions of trade unionists are set to vote leave because the EU is promoting a race to the bottom in pay and conditions and preventing states from protecting public services and national industries.

The protests will take place at dozens of railway stations around the country including London Kings Cross, Glasgow Central, Bristol, Southampton Central, Doncaster and Dover.

RMT General Secretary Mick Cash will join protestors at Kings Cross at 8am.