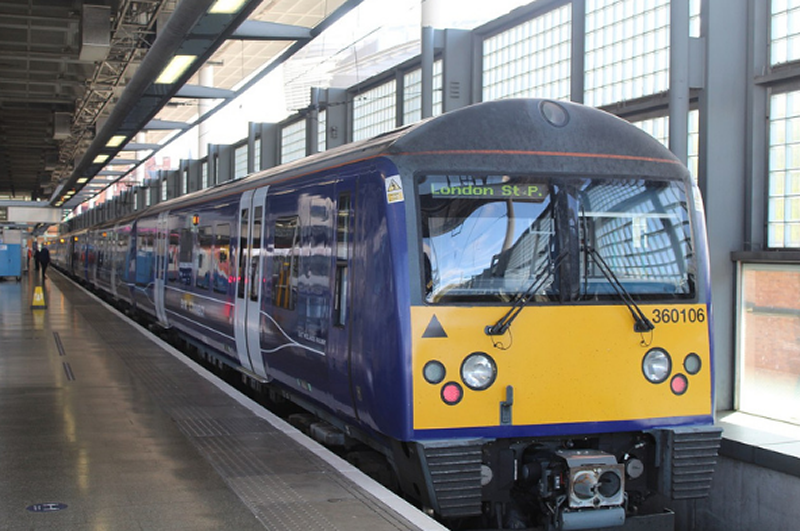 RAIL UNION RMT said that strike action by Train Managers on East Midlands Railway is rock solid today kicking off a programme of action throughout August and September in an escalation of the ongoing dispute over safety on Class 360 trains.
RMT has raised serious safety concerns for passengers as it emerged that the company have drafted in ill-trained bus coordinators as scab guards on London to Derby services to try and maintain services in flagrant breach of all normal procedures.

East Midlands Railway has imposed new working arrangements on the multi-unit 12 carriage Class 360 Trains that the union believes are unsafe with only one Train Manager working on them..
Senior conductors on EMR are also standing firm again today in their continuing action in a separate dispute with the company that's been running for three months now over pay, conditions and contract issues.
RMT General Secretary, Mick Lynch, said:

“Our members are standing firm in the two separate disputes on East Midlands Railway today and the disruption to services is wholly down to the companies intransigence.
"It is a flagrant breach of normal safety measures that ill-trained "contingency guards" have been bussed in to try and run services on a wing and a prayer and the union is raising this with the safety regulator.

“East Midlands Railway has introduced new working arrangements for Class 360 trains without any formal agreement with RMT, the union that represents Train Managers working the service.

“RMT believes that the Class 360 method of working that the company has imposed is not safe and that a second safety critical person, preferably a Train Manager, should be in each portion of the multi-unit trains.

"This company should get out of the bunker and end its assault on the safety of their passengers and the working conditions ‎of their train crew. .
“The union remains available for talks.”