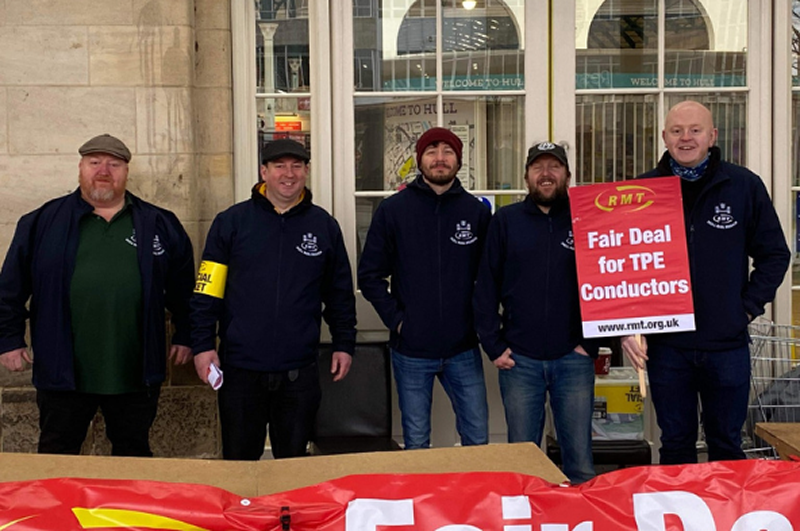 Second weekend of action in fight for pay justice.

RAIL UNION RMT said today that support from conductor members for a second phase of strike action in a fight for pay justice is absolutely rock solid at all locations along the Trans Pennine Express routes today.

"RMT has made it absolutely clear that those at the sharp end of our public services, who have worked throughout to keep Britain moving during COVID, should not now be taking a hit to their standards of living.

"The union remains available for talks."