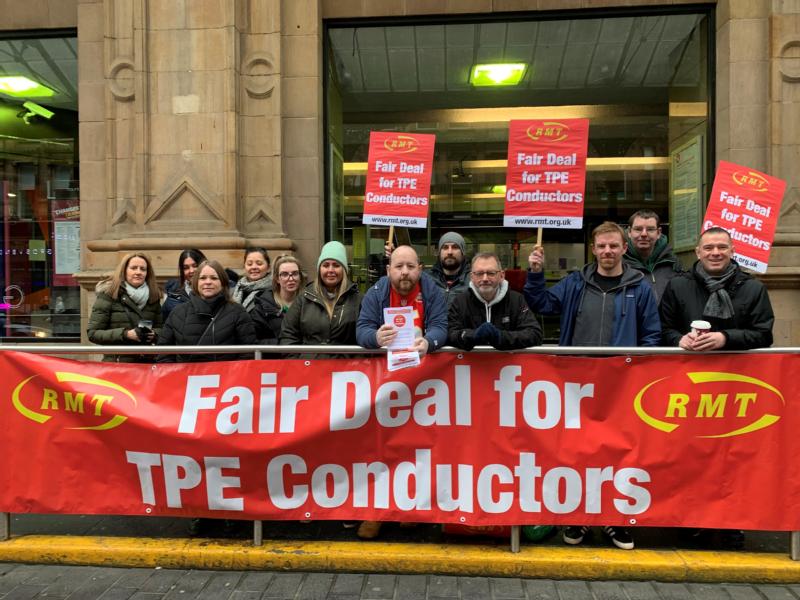 Transpennine Express Conductors strike again on Sunday for pay justice, FirstGroup are back to profiteering as usual with plans for a £63 million dividend bonanza

Ahead of a fourth day of strike action on Sunday by Transpennine Express conductors who are battling against attacks on pay and enhancements which are eating away the value of their wages, rail union  RMT has revealed that TPE’s owners have taken out dividends worth £30 million from their rail empire and are awaiting rhe Secretary of State’s permission to pay out a further £33 million.

Transpennine Express and Avanti West Coast are on National Rail Contracts which enable them to make dividend payments up to the value of 100% of their profits, subject to having their performance assessed by the Secretary of State. FirstGroup’s latest trading update notes that the DfT has confirmed that so far, they are in line to meet their targets, raising the prospect of a whopping dividend payment for TPE in the near future.

“If you want to see an example of gross injustice, compare the treatment of essential keyworkers on the railways with the frankly revolting profiteering from the owners of Transpennine Express. Our members kept the railways running through the pandemic and have watched their wages eaten away by inflation.

“Managers intone piously about disruption to passengers, but their companies are leeching millions out of our railways with the connivance of a callous government. Transpennine Express could show that they are something more than parasites by spending less time trying to line up their dividend payments and starting to fund pay justice for hard working staff.”