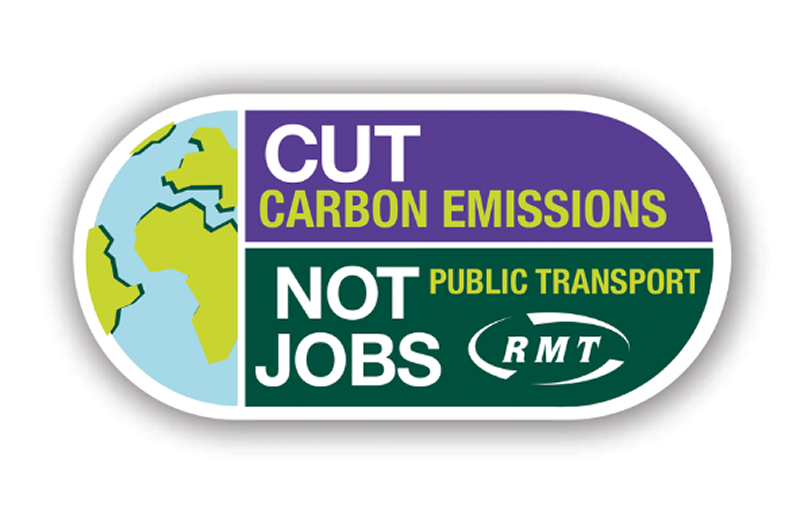 RMT to protest tomorrow in Edinburgh against betrayal of COP26 promises

Marking the three-month anniversary of the beginning of the COP26 Climate Conference  transport and energy workers are to march to the office of the First Minister Nicola Sturgeon tomorrow to protest at the betrayal by the SNP / Green Government of commitments made to move towards a greener Scotland.

The protest by rail, ferry and energy workers who are members of the RMT will be the start of a concerted campaign to increase the pressure on politicians as the country approaches the local government elections in May.

The charge sheet against the Scottish Government includes:

•             Instead of cutting climate change, the SNP/ Green Government is cutting rail services including rail ticket offices hours, timetables and infrastructure while the cost of rail travel is increasing at four times the rate of using a car.

•             Instead of securing our vital lifeline ferry services in the public sector, ministers appear to be paving the way for privatisation where profits will be put before people and climate.

•             Instead of helping guarantee the livelihoods of energy workers, ministers have sold Scotland’s renewable energy resources on the cheap to the likes of BP and Shell without securing supply chain jobs.

“COP26 started only three months ago but already the lofty rhetoric about fighting climate change seems a distant memory as we witness a betrayal of ambitions by the SNP / Green Government to move towards a greener Scotland.

“Instead of cutting climate change the Government is cutting rail services and ticket offices, threatening the privatisation of our lifeline ferry services and doing far too little to protect the livelihoods of energy workers and the vital service they provide.

“As the country approaches the local government elections in May this protest will be the start of a concerted campaign to persuade politicians to protect these services and jobs which are so vital to our local communities."

On 31 January RMT members will assemble at Edinburgh Waverley station (on the station concourse next to WH Smith) at 11.00 for a march from Waverley to Bute House to a protest at the official residence of the First Minister, at Charlotte Square.