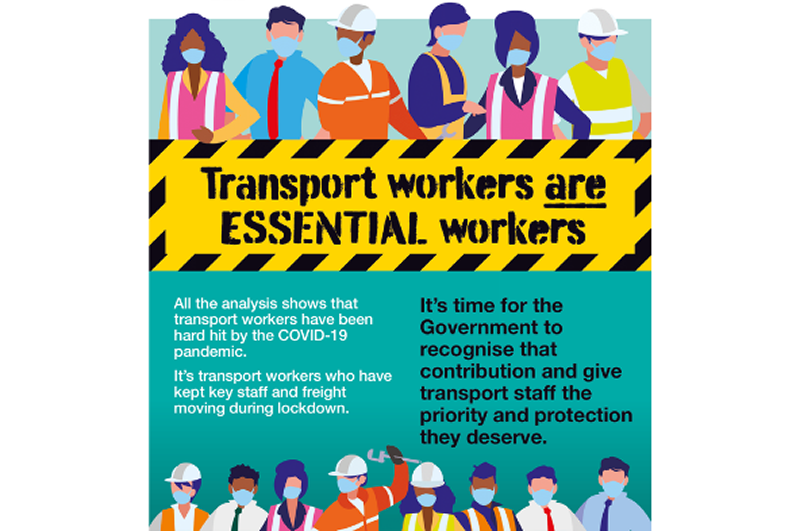 TRANSPORT UNION RMT said today that it will be launching a fresh wave of campaigning under the banner TRANSPORT WORKERS ARE ESSENTIAL WORKERS as threats of pay freezes and possible attacks on jobs and conditions emerged in Government briefings over the weekend.

The new campaign, which will be rolled out through a high profile advertising blitz on social media and in press ads, will tie in with work being carried out through the TUC and an alliance of unions designed to halt the threat of pay freezes and cuts to standards of living across Britain's public services and public sector in the wake of the COVID pandemic.

RMT says it would be a kick in the teeth for transport workers, staff who have kept Britain's essential workers and freight moving for the past year whilst being disproportionately and heavily exposed to the virus in the process, were to be repaid with a hit to their living standards and livelihoods.

“Today, transport workers who are risking their lives keeping our country moving have found out they have been stabbed in the back by the Government who have extended the public sector pay freeze to the transport sector whilst at the same time it’s business as usual for the private companies who will continue to be able to rake in profits.

“RMT will have no hesitation in supporting national coordinated action to deliver our members the pay rise they deserve.”