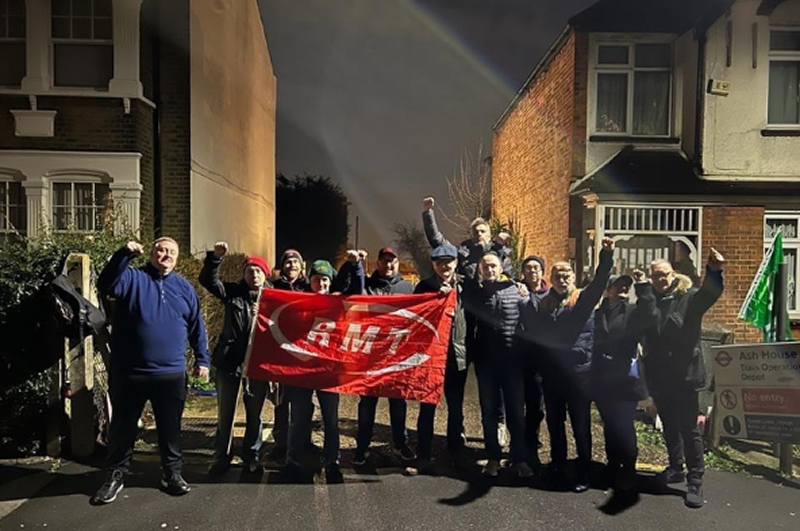 TUBE UNION RMT said that members are standing firm with pickets out in force at all key locations in todays strike action in the fight to defend jobs, pensions and working conditions on London Underground.

“Our members across London Underground are making it crystal clear again this morning that they are not going to be used as pawns in a political fight between the Mayor and the Government which threatens their futures and their livelihoods. The funding crisis at TFL which is at the heart of this dispute is not of our making and our members are not prepared to take a hammering to pay for it.

“This week we have seen workers fighting back across London against against attacks on themselves and their colleagues from political machinations that are out of their control. They have sent out the clearest possible message that they expect the threats to jobs and pensions to be lifted and basic assurances to be given.

“The fight goes on and our executive will consider the next steps in the campaign. We remain available for talks with those in a position to offer a concrete solution rather than the hollow words we have been hearing from the Mayor and his senior officials. We have repeatedly offered a way forward and it’s time for those calling the shots to start listening.”