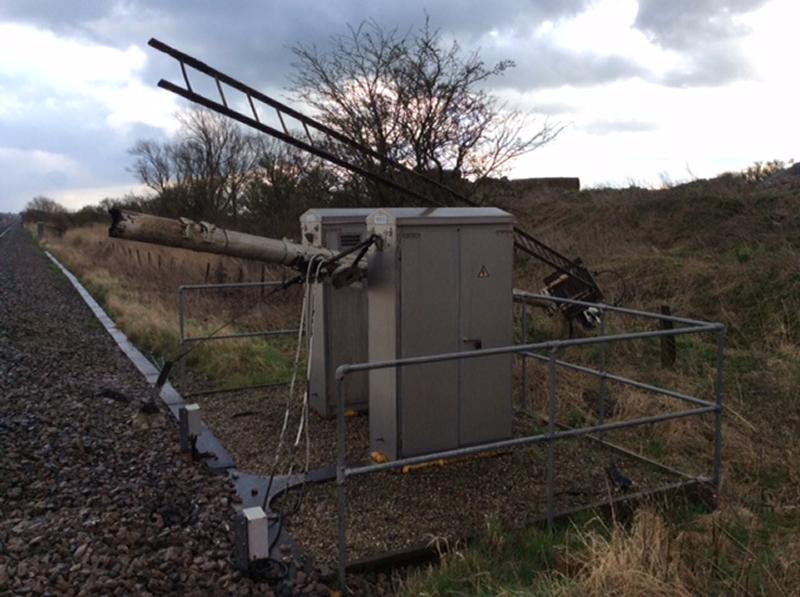 Shocking pictures released today by rail union RMT of a rusted through signal that collapsed in Cantley in Norfolk on Sunday on the Norwich to Lowestoft line have once again revealed how warnings from union reps over serious maintenance issues are being ignored by senior managers.

The semaphore signal which came down at Cantley had rusted right through at its base – an issue that the union had warned of along that section of line only to be told that the signalling is to be replaced at some point in the future with a new centralised system and that therefore repairs and replacements were not required.

The union says that it is pure luck that the signal fell away from the track rather than across it, and that it is purely by the chance that the threat of a derailment was avoided.

RMT General Secretary Mick Cash said:
“The shocking pictures of the rusted through signal support at Cantley are a grim reminder that maintenance schedules have been allowed to slip and corners are being cut. It is pure chance that the signal didn’t fall across the track threatening life and limb. Safety on our railways should never be left to luck.

“Once again we have an example where RMT reps had clearly warned about the dangers of the scrapping of maintenance work to these signals and once again those warning have been ignored. That is outrageous and RMT will not tolerate a position where lives are being put at risk on our transport services because of a pig-headed and cash-led reluctance to listen and to act.

“RMT will be raising this issue at senior level with Network Rail and we expect them to listen and to take the appropriate action. If it is down to the cuts imposed by central government through the Office of Rail Regulation then that needs to be in the public domain as a major political issue in the run up to the election.”