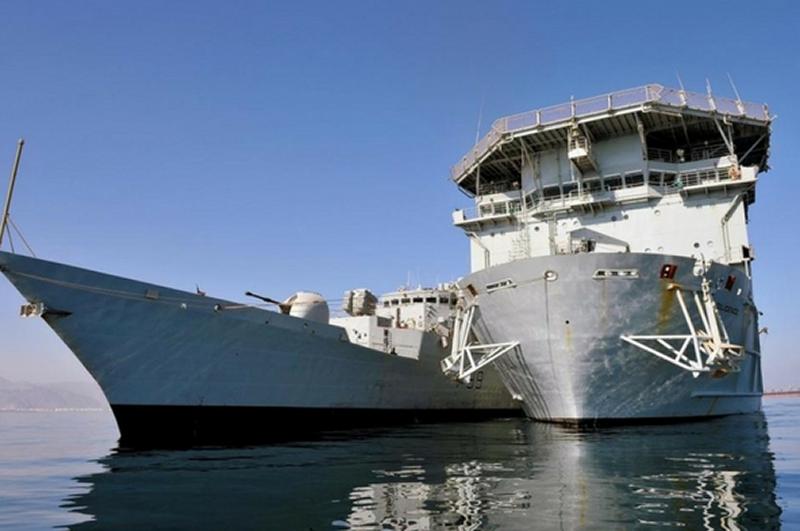 Maritime union RMT today welcomed the joint letter from trade unions representing Royal Fleet Auxiliary workers which calls on the Government to scrap the pay cap which has systematically undermined pay for the last seven years.

In a letter to the Secretary of State for Defence, Rt Hon. Gavin Williamson MP, the General Secretaries of RMT, Nautilus and PCS call for a meeting to discuss how to end pay restraint in the RFA, following another year in which the 1% pay cap was imposed on RFA seafarer and shore based civilian staff.

"The RFA is the largest employer of merchant seafarers in the country but our members’ incomes have been seriously undermined by years of Government attacks on public sector pay. We can no longer tolerate these constant attacks and join our fellow RFA unions in condemning the effects of the Government’s politically motivated attacks on public sector pay. The new Secretary of State for Defence, Gavin Williamson MP needs to stop courting the Daily Mail and start solving the issues of real strategic significance to this country.”

“Whether they are re-fueling and re-supplying Royal Navy ships on duty around the world or carrying out the UK’s responsibilities to tackle drug trafficking, piracy and the humanitarian effects of natural disasters, RFA seafarers and their shore-side colleagues provide an absolutely essential service to this country’s economic and strategic interests. New Tide-class tankers and three new solid support vessels might make you think that all is rosy in the RFA garden but long-term attacks on public sector pay from successive Governments cast serious concerns over this Government’s ability to guarantee that the existing RFA fleet could be properly crewed and deployed, let alone the future fleet. Action must be taken to reverse this decline in the real value of our RFA members’ pay.”

1.    The Royal Fleet Auxiliary (RFA) is a merchant navy (civilian) crewed fleet, employed by the MoD and embedded in the Royal Navy’s command and control structure. RFA’s fleet of 12 vessels replenish the Royal Navy fleet’s fuel, food, ammunition and supplies when they are on international duties.

2.    RFA employs nearly 2,000 UK merchant seafarers – 1,220 Ratings and 740 Officers, making it the biggest employer of UK merchant navy seafarers in the shipping industry today. Tours of duty in the RFA can be for up to six months at a time.

4.    RFA staff continue to suffer as a result of the imposition of pay freezes and cuts over the last 7 years, and potentially continuing until 2019-20. RFA staff (seafarer or shore based) are not part of the Armed Forces Pay Review Body.

5.    Four new RFA tankers were ordered from Daewoo’s South Korean shipyards and are being delivered, over time and over budget. Contracts for three new RFA solid support vessels are currently being drawn up by the MoD.