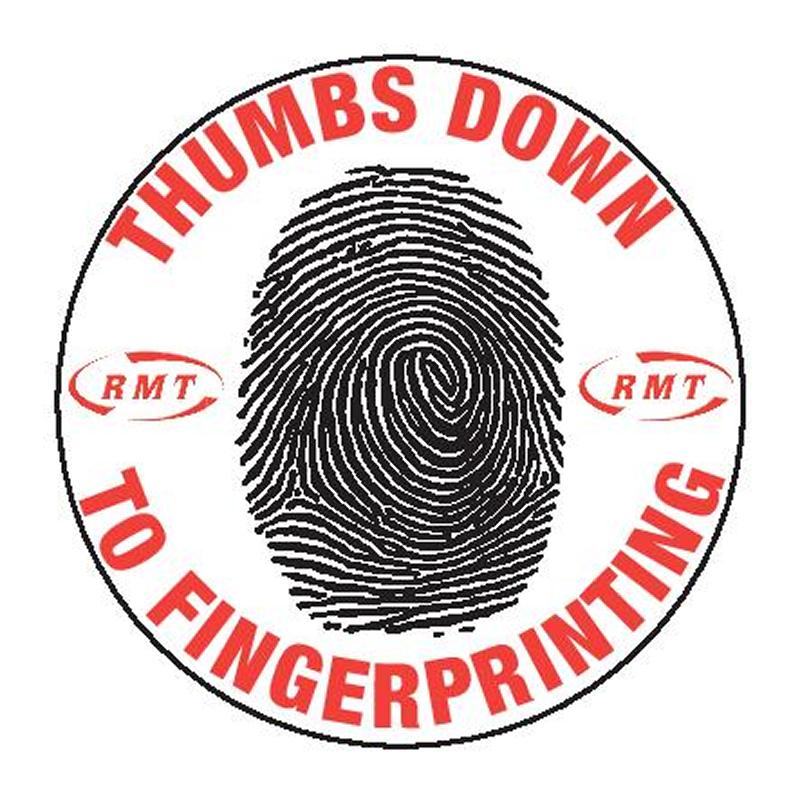 As you may be aware, ISS is introducing fingerprinting as part of the booking on process for its staff on London Underground. The company has previously made claims that RMT has agreed to a trial, this is a fabrication. The union is opposed to the introduction of biometric technology. In response to the introduction of this technology, our members voted overwhelmingly for industrial action and since September our members have been taking industrial action short of a strike by NOT using any biometric machines (i.e. members should continue to use the sign in sheets at their depot or station and book in with ISS using the “Autophone”).

A meeting was held with the company on the 13th June at which the union was advised that ISS were threatening to introduce the biometric booking on machines on Monday 16th June as the sole method of signing on and any member refusing to comply would be sent home without pay. The company carried out their threat and, regrettably, did send some of our members home. The union was also made aware that at Westminster Station, an ISS manager called the police to forcibly remove our members from their workplace.

Following pressure from the union the company agreed to an urgent meeting and it was agreed that members will be able to book on in their normal way until Monday 23rd June 2014. Furthermore, all members who were prevented from working on 16th June 2014 will be paid. However, no agreement has been reached on the use of the fingerprinting technology and the company have not retracted their threat to send workers home if they do not use the biometric booking on system after 23rd June 2014.

I have advised members to stand firm and support the action. As a consequence, I would be grateful if all RMT activists could be mindful that ISS members could be in need of assistance on Monday 23rd June 2014 and may require urgent advice and/or representation. I would also be grateful if you could ensure that our LUL/TFL members do not undermine the industrial action and give any moral support they can. Talks are continuing with the company and I have asked ACAS to facilitate these negotiations.