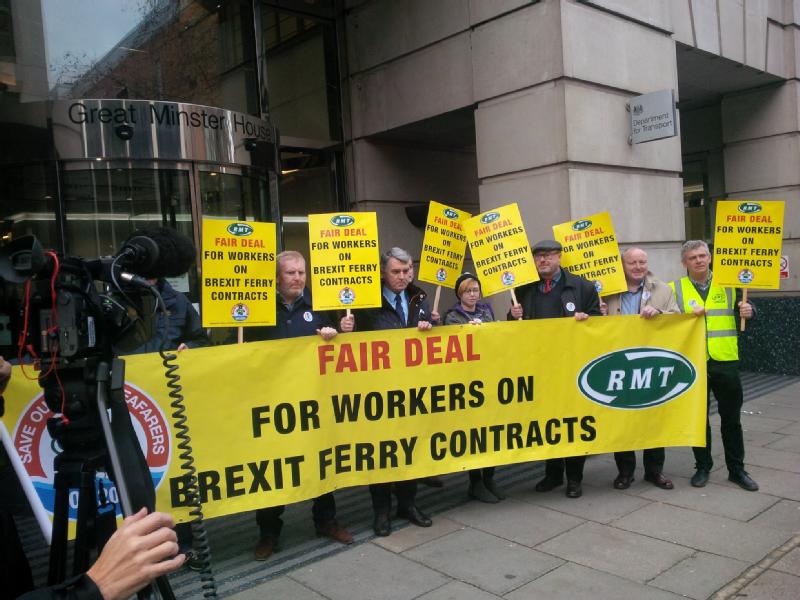 As workers protest at the Department for Transport today, the Shipping Minister Nusrat Ghani has refused to agree that UK employment legislation such as the national minimum wage or Equality Act which prevents pay discrimination, will apply in relation to the UK government’s Brexit Ferry Contracts, in an astonishing statement to MPs.

The Minister also refused to say whether even a single UK seafarer will be employed as a result of the £100m contracts.

The latest scandal around the Brexit Ferry contracts raises fears that shipping bosses will benefit from tens of millions of pounds of taxpayers’ money while they crew their ships with exploited workers from other countries who will not even be paid the minimum wage.

“These are UK Government ferry contracts and the government would be quite within their rights to insist they are protected by UK employment law and crewed with UK seafarers.

“Yet in answer to a simple yes or no question in Parliament the Shipping Minister ducked the issue and was unable even to say if UK employment legislation such as the national minimum wage or Equality Act which prevents pay discrimination will apply or if a single UK job will be created.

“That is an absolute scandal and it is clear that the government is only interested in a bosses’ Brexit. Companies will trouser millions of pounds of taxpayers’ cash while they crew their ships with exploited seafarers from other countries.”