Welcome To Our Shop 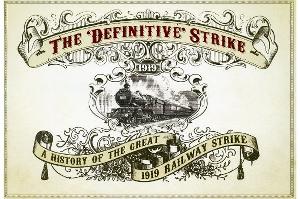 RMT’s new history of the 1919 rail strike, known as the ‘definitive’ strike, is a fully illustrated pamphlet describing one of the defining moments in the history of the forerunner of RMT the National Union of Railwaymen, an all-grades union newly formed before the outbreak of World War One.

Written and researched by RMT News managing editor Brian Denny, it describes how the 1919 strike was the culmination of the long struggle to win guaranteed hours, standardised wages, paid holidays and overtime payments among other demands.